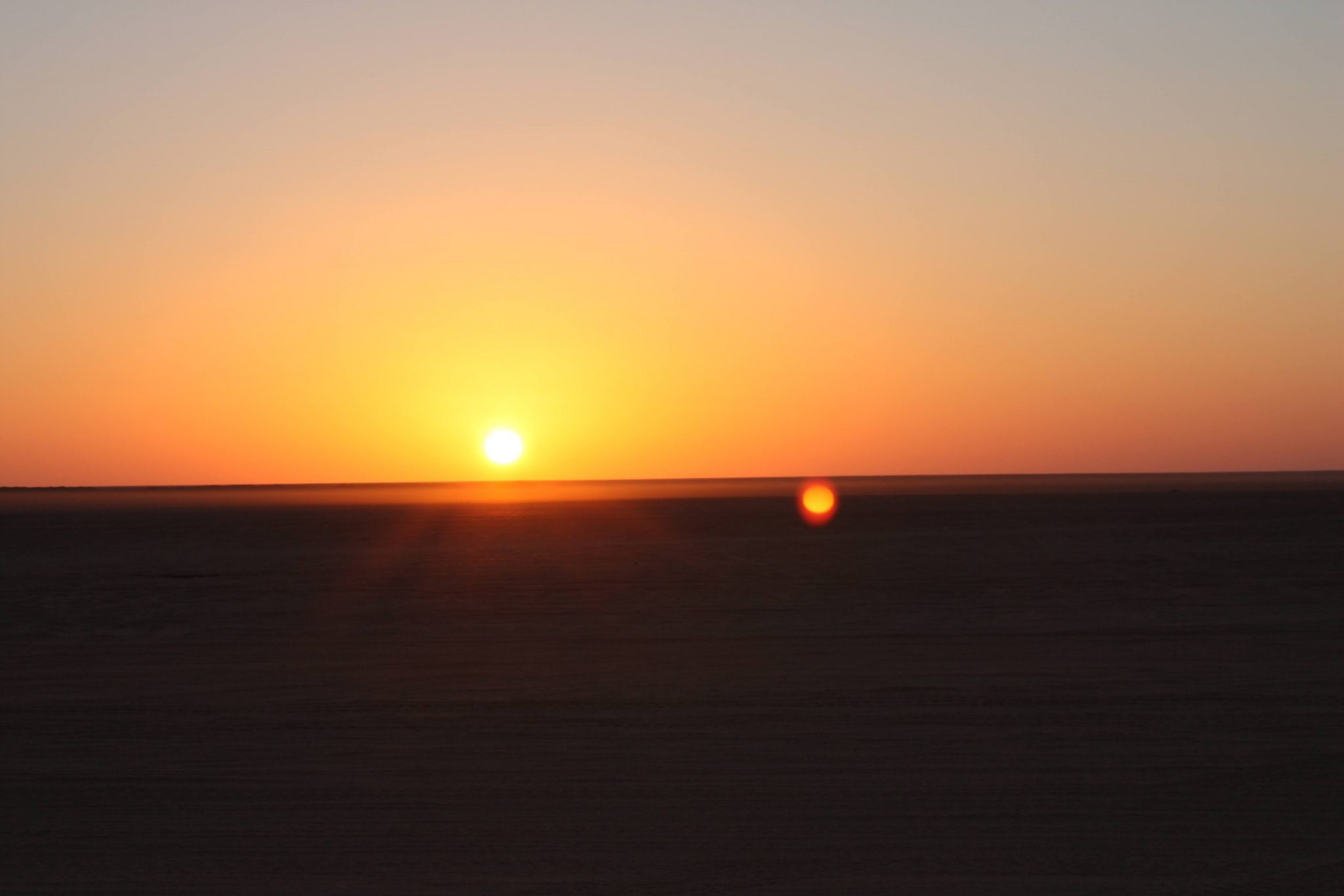 So having braved crazy driving and enjoyed the wonderful atmosphere of the souq, it was time to head to the desert to actually do some work.

Next stop the Airport

Back with my driver and a less terrifying run to the airport. However, this was not the international airport which I had flown into from London, this was an internal airport for flights within Libya, or to Algeria or Tunisia.

I was to take a chartered flight owned by one of the oil companies and I was told if you are asked your flying to Area 103. All thought this trip was only to be about 2 hours (30 mins in the airport and 1.5 hours flying) I was once again presented with experiences I have not come across before, some of them I am not looking forward to repeating on my return journey, including

Self check-in & No Bag Restrictions

You hear the term self check-in and you think of Heathrow Terminal 5 those stations where you swipe your passport and type in your customer number before the system prints your boarding pass.
This was nothing like that, we arrived at the check-in desk and were presented with a list of names and told to find ours, after scanning the list we eventually found it, with help from my driver what with the list being in Arabic. We pointed at the name to be given a pen and asked how many bags.

I asked my driver if I was allowed to check-in 1 or 2 bags he gave me a shrug as if to say whatever you want. Next to my name I wrote two a man put a label on each bag and they passed me the ticket and that was the job done.

I had literally checked myself on to the plane. All that was left to do was to wait for my departure.

The Next Plane Leaves At

I had been told my plane was at 15:00 but I could, not see a departure board or anything similar so asking my driver when the flight was he told me the will call us.

Ok, I thought sitting down I started to read my book. After about 20mins I was looking around the room and I notice as one of the entrance gates a man had stuck a note to the window of his box reading 16:00, I spoke to the driver as asked if the plane had been delayed, “different plane” I was informed.

However, that was the departure board, no need for technology just a marker pen and the back of a letter stuck to the wall.

Eventually, there was a movement towards the other gate (there were only 2) and my driver indicated that I should join the queue.
We said our goodbyes and I waited in line, it sounds very posh all this talk of drivers but if you have not read part 1, then you will understand why a driver is required.

The queue I had joined was to go through security, I got to the front and placed my bag on the x-ray machine and walked through the metal detector forgetting to remove my belt and receiving the customary beep.

I looked around for who was going to search me and found no-one, there was also no-one looking at the screen of the x-ray machine. I looked around slightly worried but moved to pick up my bag and headed toward a desk with two official looking people who stamped my ticket and then pointed towards the bus.

I was gobsmacked, it seemed like the X-ray and metal detector were there because, well because that what you have at an airport not because you need to check what people bring on the plane.

This was just the start, I got on the plane pick a seat got my book out and waited for the flight to leave.

We went through the usual preflight routine stewardesses did the safety briefing with no-one paying any attention. Then you hear that message “The Captain has turned on the fasten seatbelts sign please can you switch off any electrical devices for take-off”

I sat back in my seat and waited for takeoff as we taxied to the end of the runway, the engines throttled up and we started to accelerate down the runway, halfway down the runway engines at full throttle the phone of the gentleman across the aisle from me rings,
As the nose of the plane lifts off he answers it and starts having a conversation, I look the other way to the person in the seat next to me and he is sending a text.

It was not even as if he was being discreet about it, it was just a blatant disregard for the rules, totally unbelievable.

It was not the only phone call that was taken that flight, so I hope the pilot did not have anything important to listen to.

The flight was a two-hop flight we flew for an hour landed on a strip in the desert for some passengers to leave others to get on, then we hopped on to Area 103.

When we were preparing for take-off for the last leg of the flight, the aircrew came out to do the safety briefing. So I am listening as I get my book out and find my page when I realised that they missed a bit,  they did not tell me “that in case of a landing on the water the life jacket is under the seat etc.” how odd I thought.

It was only after we took off and I was looking out the window the nearest water is about 500km away, the chance of us landing anywhere near water was remote and if we did we were very lost.

Despite all these rather unusual practices, well unusual for me. We landed at Area 103 on time and stepping off the plane to the most magnificent sunset