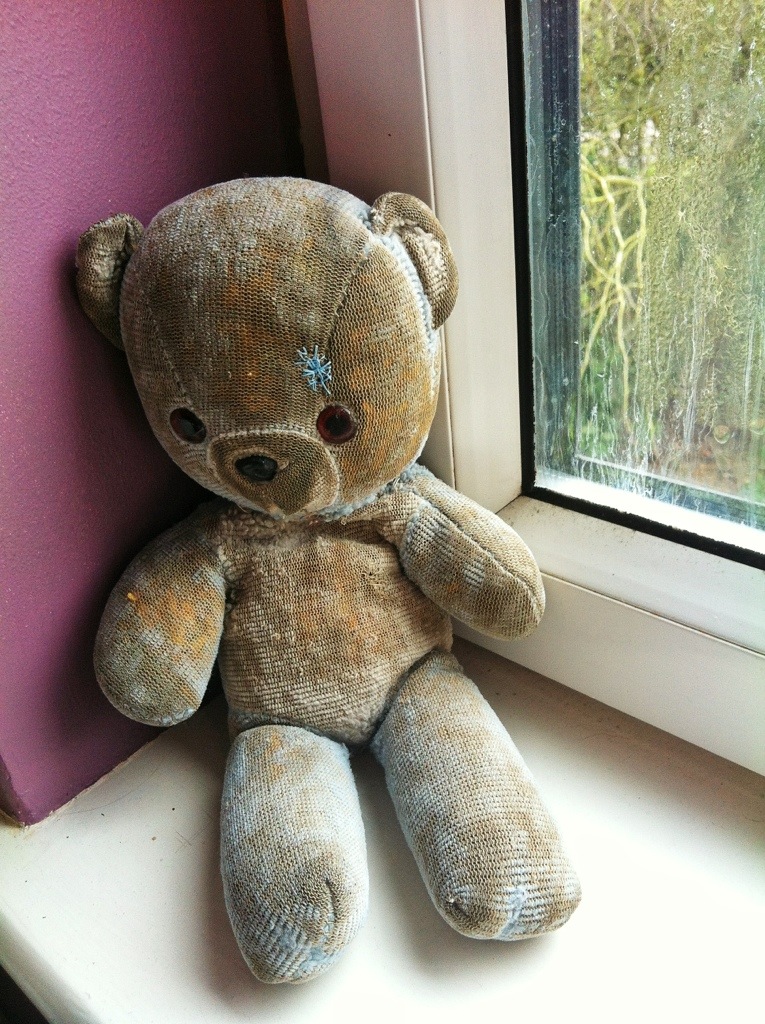 Ok, I am getting ahead of myself, but I know that Blueted Ponders is the best part of this whole blog.

Any Hoo – You may have noticed that there has not been much pondering going on of late, this was due to an incident involving my head and a 3-year-olds finger. It is a long story however, you will be glad to know that I am on the road to recovery.

It was a rather strange incident, we were travelling back from visiting @inchfadmike and @bgpmoss and I was in the back of the car with the little ones. The journey was going ok and I suddenly felt a little drowsy and a weird poking around my head.

Having been around children for 36 odd years being prodded and poked is nothing new in the teddy bear game but this was different. This made ponder that something might not be right about this prodding.

“No don’t push your finger in to blueteds head”

“We mustn’t do that blueted is very old”

Those are the kind of words an old teddy bear really really does not want to hear.

It turns out that one of the little ones had found a small hole in my head and in the inquisitive way only a three-year-old can, decided to put a finger into the hole. I am not sure what you big people have in your heads but when you start prodding around with the foam stuffing of a bears head is no so good for the bear.

I was quickly moved to the front of the car and Kiffs wife did her best to keep me stable. When we arrived back home I was put into a self-induced coma (They put Downton Abby on repeat and the pain was just too much so I forced myself to become comatose) once I was classed as stable I was operated on very skillfully by @claremeadows who gently pushed those bits of stuffing that were sticking out of the hole and sealed it up.

At this point and once the stitches had started to heal Downton Abby was turned off and I started to come round. I have been put on a months shelf rest but climbed down to write this post (Yes Toy Story is real we move when you’re not looking) but I am sure I will soon be back on the playroom floor and able to write.