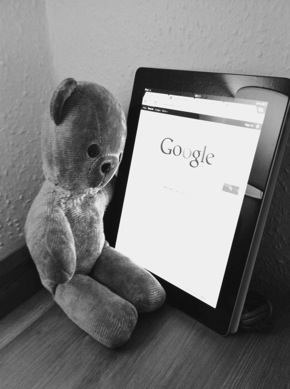 I would like to get your thoughts on Dust Bunnies. You know those clumps of fluff that form down the back of furniture.

Dust bunnies (or dustbunnies), also called dust mice, are small clumps of dust that form under furniture and in corners that are not cleaned regularly. They are made of hair, lint, dead skin, spider webs, dust, and sometimes light rubbish and debris,

As a bear who is sometimes, accidentally, relocated down the sides of various bits of furniture, I have come across a fair few in my time and it always amazes me that small bits of fluff can collect into such giant structures.

OK, for you big people they may not seem that giant but when your only 12″ tall then things seem much bigger. Only the other day I was down the back of the bed and there was one there that look like the structure in front of the London Olympic Stadium.

The more interesting thing is what makes them collect, is there some dust bunny engineer in every house with a bag collecting bits of dust and bolting them together to create the structures we see. Maybe it is an ancient craft that has been passed from tiny father to tiny son