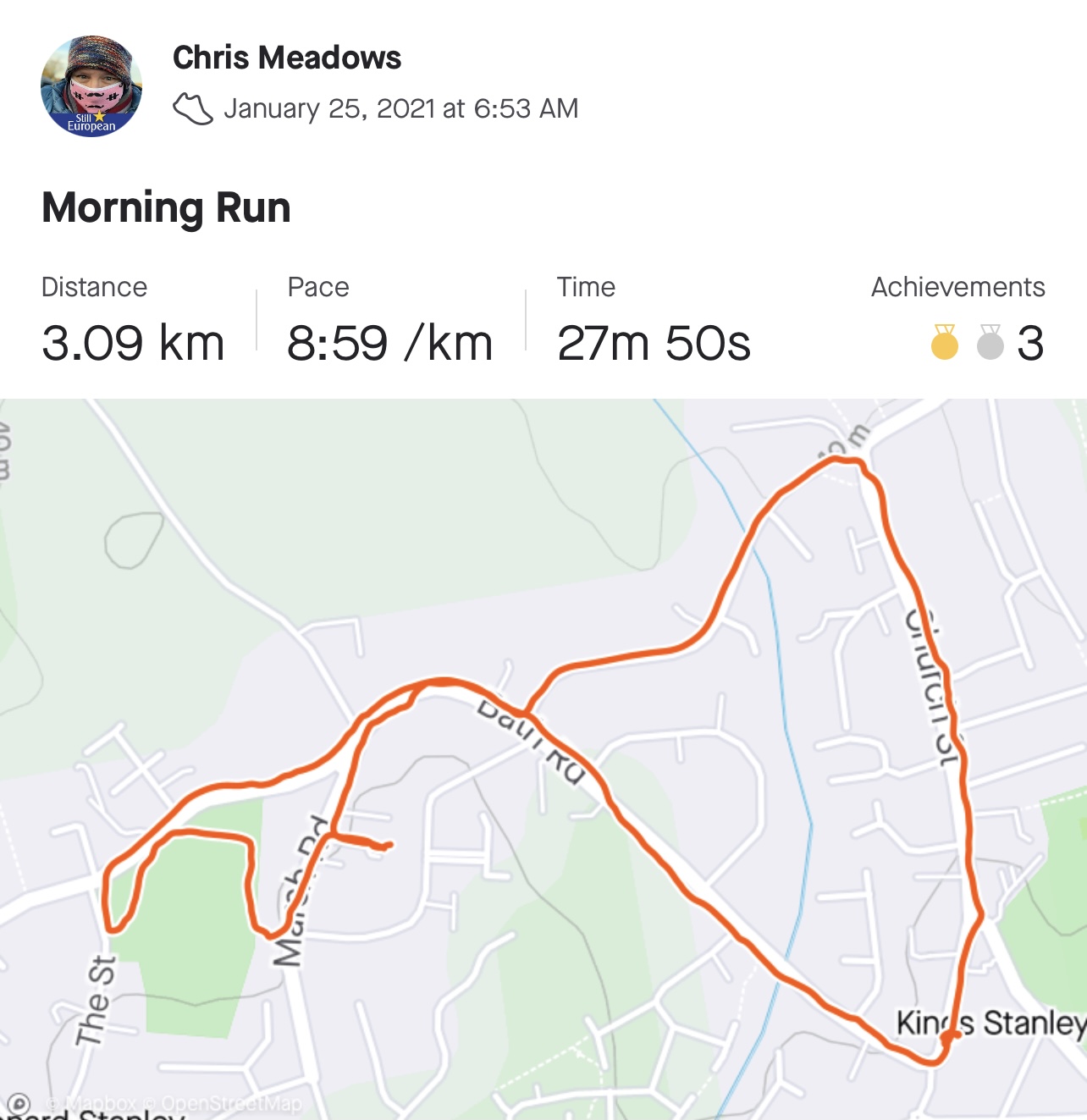 After Christmas the school when back-ish and as we remained in lockdown in the UK the beloved distance learning began.  Timetables were issued and we began the task of “homeschooling”.

At this point, I should pause to thank the Grandparents without whom I think my wife and I would have not made it through these initial months.

So back to distance learning. One element of the timetable in the previous homeschooling era that only slightly worked in our house was PE. Like so many households we joined online and did Joe Wicks for the first 3-4 weeks but then once we had Spider-Man kicked holes in our walls work meeting and work expanded to fill the available time and the time for Joe disappeared.

Enter stage left homeschooling 2. This time daughter #1 was been encouraged to do the couch to 5K for her PE lesson and I have been tagging along like an old steam train huffing and puffing behind.

Daughter #1 has 3 PE lessons over a 2 week period so at the moment we are slowly progressing. However, the interesting thing is I am now getting into it and looking to try and go twice a week. People say you get a running bug and I guess it’s true.

In January we completed 8 run all of around 3km all of which I mapped with Strava.

Here is hoping that I can stick at it. I might even tick off two items on my bucket list via this mild enjoyment of running.

Here is a little visual collection of the runs completed in January.

So I wrote this post as a draft at the beginning of February and there it stayed. See last weeks post for the reasons behind that.

We are now in mid-April and I have not kept up the running. However, writing this post is an attempt at a bit of inspiration.

Now the days are getting longer, I plan to get out there and start to run again. Keep your fingers crossed for me, or give me a nudge by asking how I am getting on.