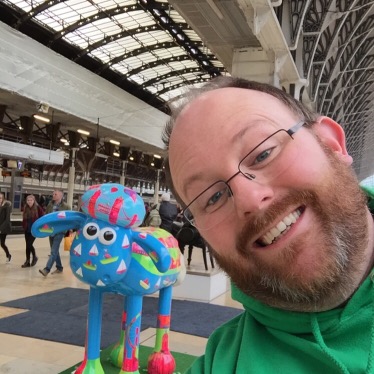 Kiff ? The questions is what do you really know about a person

What do you know about Kiff

In my youth I worked for eight dreadful hours in a chicken processing factory, to quote the film chicken run it really was “Chickens in Pies Out.” I worked between the chicken roasting machine and the chicken bits processing.

My job was to find the bits of gristle, bone and fat left on the chicken meat after it had been stripped from the caucus, The chicken arrived at my station in large plastic crates, hot having just come from the roasting machine. I had to rummage through these plastic crates and feel with my fingers for any bones, gristle etc.

Now to start this was not too bad as the chicken was hot but as the shift went on and breaks were taken etc. the crates kept coming so the chicken cooled and the fat congealed and the smell got to you, it was Nasty. My supervisor even said not to wear gloves as you would not feel the bits of bone as well.

Ok, maybe a little early in my life to be talking about this but still.

I, Kiff, want to be cremated (when the time comes and I am no longer a user of Oxygen)

Now the reason for wanting to be cremated is I have this odd fear that I won’t be really dead just sleeping very heavily and I will wake up in the coffin buried underground with a worm looking at me licking his lips (not that worms have lips but still).

Ok, I guess that waking up engulfed by fire wouldn’t be any better but at least it would be over quickly.

Either way to my Wife and Brother if you read this make sure I am dead.

In 1998 I went to the USA as a member of the international camp staff programme at BSA Camp long Lake in Wisconsin. I had a great time and would recommend it to anyone over the age of 18 (details here). Of an evening the staff would walk over to the bar that was just outside the Camp gate to play pool, darts and eat pizza. When the bar closed about 23:00 it was customary for myself and friends to head down to the swimming area and have a swim to cool off before bed, remember drinking age is 21 so most staff members were underage so no drunk swimming occurred.

I say swimming this actually meant swimming out to the diving pontoon and smoking and talking S**t. On more than on occasion, we would get down to the swimming area and realise that we had forgotten the key to the lock-up where our swimming kit was kept so there was nothing for it but to swim out naked.

I remember one time watching a magnificent thunder and lightning storm sat on the pontoon. When suddenly this bolt crashed to earth at the end of the lake. The three of us sat on the pontoon looked at each other with an expression of we know exactly where that hit the ground. It is quite a realisation when you naked on a wooden pontoon in the middle of a lake, thinking if the next bolt does not hit the lake we need to swim for the shore.

It is quite a realisation when you’re naked on a wooden pontoon in the middle of a lake, thinking if the next bolt does not hit the lake we need to swim for the shore quickly.

I am one of three brothers and I am the eldest you may know that.

However my middle brother has Angelman Syndrome, this is a neuro-genetic disorder characterised by intellectual and developmental delay, sleep disturbance, seizures, jerky movements (especially hand-flapping), frequent laughter or smiling, and usually a happy demeanour.

AS is a classic example of genomic imprinting in that it is usually caused by deletion or inactivation of genes on the maternally inherited chromosome 15 while the paternal copy, which may be of normal sequence, is imprinted and therefore silenced. The sister syndrome, Prader-Willi syndrome, is caused by a similar loss of paternally-inherited genes and maternal imprinting. AS is named after a British paediatrician, Dr Harry Angelman, who first described the syndrome in 1965. An older, alternative term for AS, happy puppet syndrome, is generally considered pejorative and stigmatising so it is no longer the accepted term, though it is sometimes still used as an informal term of diagnosis. People with AS are sometimes known as “angels”, both because of the syndrome’s name and because of their youthful, happy appearance.

That being said Gareth still managed to be a cub and now lives a full life in a supported house with other adults with learning difficulties. Having Gareth in my life has given me the confidence and opportunity to work with some wonderful young people, from the age of 16 I use to work on a summer support scheme for young people with learning difficulties and this made the service section of me Queens Scout very easy to do.

Why not tell me your five things in the comments below