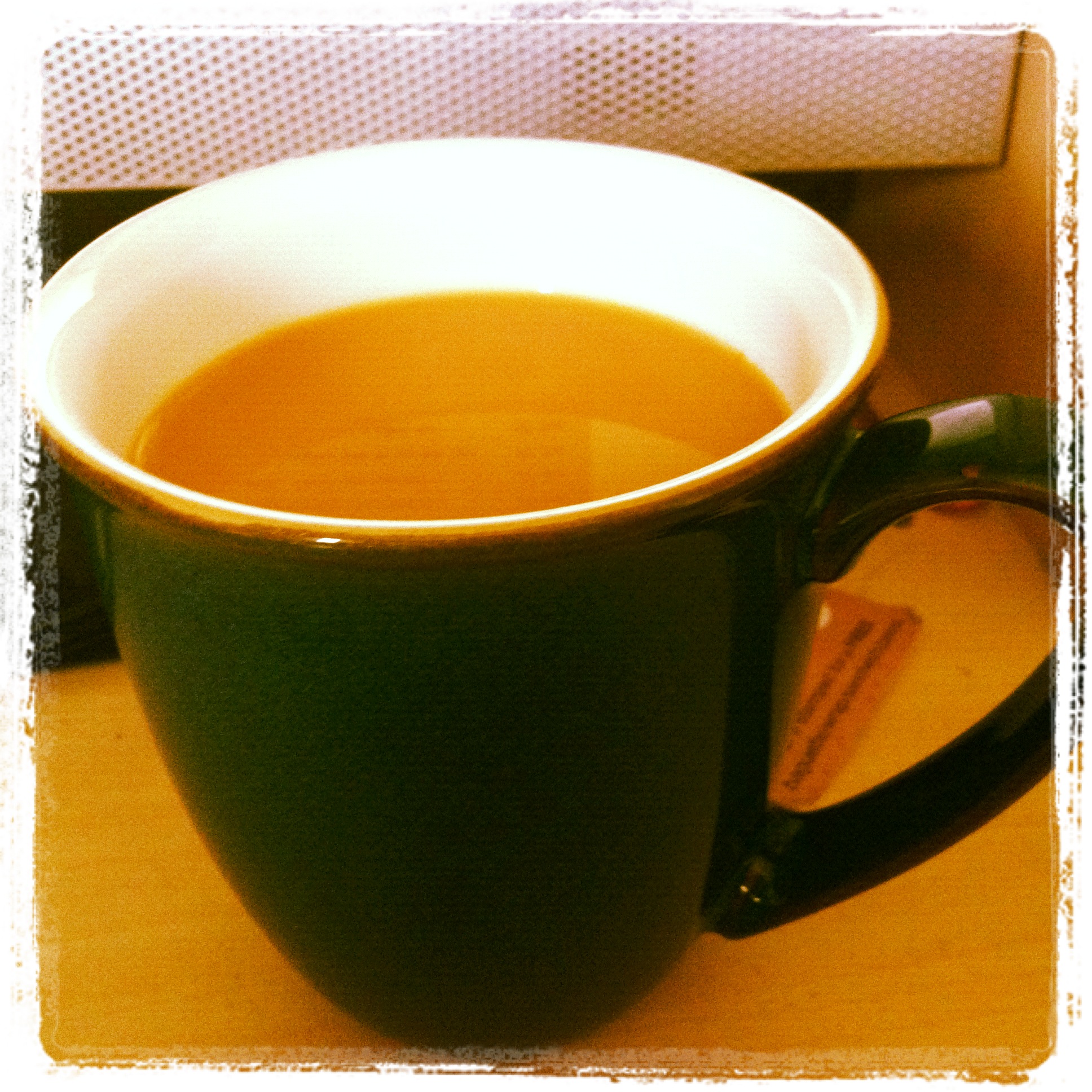 Tea that is hotter than the Sun

I remember a little while ago stopping at services, did my business, and went to get a cup of tea from (you wouldn’t by choice get anything else well ok maybe breakfast).

While in line I overheard the following conversation:

Server: Madame your tea.
Lady: oh! You have not put the milk in first.
Lady removes the bag quickly
Server: eh
Lady: um I always have the milk in first, can I have another cup?
Server: uh ok
Server gives another polystyrene cup and four milks.
Lady: oh excuse me I need more milk?
Server: ok how many?

What is odd about that you say? So the lady likes to drink brown milk (well is not going to taste of tea now is it). Yes I agree she probably wanted the milks for something else.

That is not what I found odd.

The habit of putting the milk in first is as old as tea in the UK. It dates back to when we had delicate bone china cups and the process of putting boiling water into the cup would crack it.

So the milk goes in first to cool the water before it cracks the cup.

But this was a polystyrene cup –  the temperatures involved in cracking the cup would be, well, far in excess of the boiler at a in  station.

So why make such a big fuss? Does it really matter particularly when you’re going to drown any flavour the tea may have with 14 .

I like my tea warm and wet, I generally prefer it strong (as per photo at the top) with milk. But it is tea, I’ll drink it however I am given it.

I do have one oddity when on Scout Camp I like very stewed tea, basicly leave the bag in.  This probably stems back from realising I had to head to an activity, so put the lid on my mug and forgetting about it.