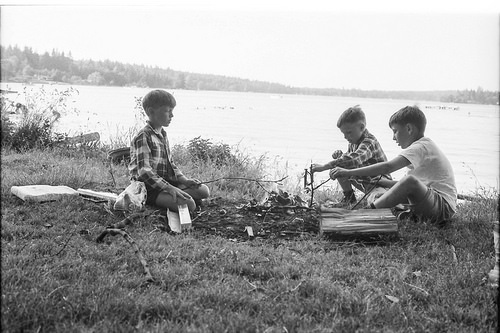 5 Networking Skills for a Scout Leader and number 3 is an essential.

Reviewing my Feedly list the other day, I found a whole raft of posts that followed a similar vein. They were all about networking skills for various professions.

I thought to myself why not write the Scouter’s Networking skills list. Should be pretty easy after all Networking is something that we in scouting do quite a bit of.

So here is my 5 Top Networking Skills:

p style=”text-align: justify;”>If you have a left hand and offer it to someone in a handshake if they take it without any fussy its a good bet they are or were a member of a scout association somewhere.
This can give you an instant connection to that person, you both have something to immediately complain about:

could be the lack of a working membership system or that the 10 people you have asked a query all gave you the same answer, it was not one you liked. Maybe someone dared to call your necker something different or finally someone posted a photo online and their shirt was untucked.

p style=”text-align: justify;”>Once you have pasted the complaining it is possible that you could do some real networking with someone who shares your interests.
There is a slight caveat to this – in some countries scouts shake hands with the right hand for religious and cultural reasons so be mindful of this.

A good scouter knows that they should always have a badge or 3 in their pocket. Nothing sets you on a good footing for starting that networking process like the exchanging of woven bits of cloth.

If you have a badge that is different or special you are like a drug dealer, people will come to you once the word gets out that you have it.

A word of advice. If you find yourself in this premier networking position tread carefully, you could overdose yourself with opportunities.

That is right for good networking in Scouting you need an S/N/N/N or a Scaf/ Necker/Neckerchif/Necki (call it what you want.) It is amazing how that this piece of cloth that hangs around your neck will provide many a networking opportunity.

However, the networking opportunity comes about the S Tripple N is the key tool in any scout leaders backpack. It is a universal symbol of scouting that will create an almost instant link between you and others in pretty much any part of the world.

p style=”text-align: justify;”>It’s like the saying from the movie American Pie “This one time at Scout Camp…….”
The best networking scouters always have a good story that can pull out of the hat when surrounded by a crowd. The story will often be tagged with the phrase “those were the good old days when we did proper scouting” or “none of this elf and safety risk assessment stuff in my day.”

The key with this tactic is you need to make your story engaging enough that people will stay and listen but also engage and discuss with you. If you don’t get that balance it’s just you talking not Networking.

I remember a story told around a campfire we were discussing our names.
One of the party was a beaver leader who following a youth led model got the Beavers to choose the names of the leaders.

Much campfire comedy was had naming other types of beaver you could have. I will leave you to list your thought in the comments

This is totally obvious, you light a fire and Scout Leaders in the vicinity flock like a moth to a light bulb.