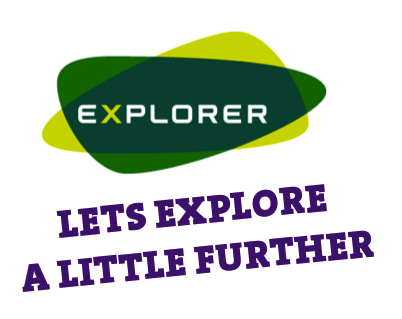 You may have seen news stories or blog post about Scouts Troops and Cub packs in the US loosing their Charter Organisations but for those of us Scouting outside of the USA the concept of the Charter Organisation may be completely alien.
So I decided to put the question to Clarke Green who runs the very informative blog and associated bit over at ScoutmasterCG.com if you have not checked out his post, podcasts and so much more I suggest you do. After reading and commenting on my blog of course 🙂
Q1 – What is a Charter Organisation?

CO’s are the group that “franchises” Scouting in their community. CO’s can use Scouting as a specific expression of their mission (religious training being the most common case).

Q2 – What is their Purpose?

CO’s provide a meeting place and oversight (in most cases nominal) of the unit committee. Note that Scouting is divided in to ‘units’ (Cub Scout Pack, Scout Troop, Venture Crew) that function independently, each with it’s own committee, leadership, etc. there is relatively little interaction between these units.

Q3 – What does a troop or pack stand to lose if a charter organisation pulls out?

The CO owns all of the real assets of the unit (financial, equipment etc.) and can dispose of them as they please (I doubt many CO’s would liquidate these assets if a unit they choose not to charter is moving to another CO, but theoretically they can).
The CO provides the meeting space (this is often the only tangible connection between the CO and the unit) so there unit would loose it’s meeting place in most cases.
The unit ceases to exist unless they can find another CO, they just disappear and cannot formally register members

Q4 – Why can’t troops and pack Charter themselves similar to the UK model?

It is possible to form a ‘committee of citizens’ but that group must be legally incorporated, and that’s a bit of heavy lifting administratively. To assure some stability and continuity the BSA requires CO’s that oversee and support a unit to be some legally established entity.

Q5 – If all a charter organisation does is provide funding what would the BSA do if a cub pack and a Scout Troop got together and self funded?

Most CO’s do not provide funding, they provide meeting space. Units are almost all independently administered and funded.

Case in Point:
Our Scout troop is chartered to a local church (has been for nearly seventy years now). Up until the mid 1970’s the troop was more closely identified with the church. In my tenure over the past 30 years the congregation has diminished significantly. We now have one family from the church involved in our troop (one adult actually, the boys are now adults and off to college), the church congregation in general and leaders of the congregation in particular have little to no connection to us and has exhibited no interest in forming a connection. For all intents and purposes we are an outside group that uses the church facility for our meetings and are treated as such.

Each CO names a chartered organization representative (COR) as a liaison to the scouting unit(s) they sponsor. Our COR is involved and engaged with us and regularly attends meetings of the committee, etc. In my experience most COR’s are not at all engaged in the life of the unit and are simply administrative niceties. It’s not unknown for the board of a CO to be almost entirely unaware that they sponsor a Scout unit at all!

The great majority of units function almost entirely independently, fund themselves, and have only nominal ties to their CO.

Why then, don’t we just set up our own entity and sponsor ourselves? There are a number of long-standing, stable units that have done just that, some for many years. The average unit, though, lacks the critical mass to do so. Because we have, unwisely in my eyes, allowed the CO relationships in most units to decline into relative insignificance and our age divisions are in independent units with little or no connection to one another we have many administrative redundancies. The average unit committee is already overworked and the prospect of adding the administrative load of establishing, funding and maintaining a legal entity to charter the unit isn’t really an option so long as they have a CO.

There will be, I think, a great deal of pressure to change these arrangements over the next few months. In our case we are working on forming our own CO (a community corporation) and having a cub pack, Scout troop and venture crew all under this CO with a central committee, funding, leadership, etc. We’ll likely have to secure another meeting place too. Our CO has not given us an authoritative answer on whether or not they wish to continue associating themselves with the BSA (however tenuous this association has become).

Naturally our interest is making all these changes with as little disruption to what the Scouts themselves are doing as possible.

The news reports of a mass exodus of CO’s need to be taken with the perspective that such occurrences make for good news (conflict and upset always makes good news). Some communities in more conservative regions of the country may take some hard hits. A number of Scouters are now being compelled to choose between the BSA and their church, and that’s a regrettable situation.

When the dust clears I think we will have lost up to 15% of our membership (more adult than youth) and a corresponding number of CO’s. This is a regrettable, but not unexpected, result of any significant organizational change,. This particular change is enmeshed in an already heated and divisive national debate that has colored our political and religious culture for some years, so it’s a very volatile situation.

I have read, and share to some extent, the oft repeated sentiment that the folks who are leaving the BSA are more than likely to be those who tend to disapprove of innovation and change. This may make it possible for the BSA to evolve further. Scouts UK has revitalized and innovated in many ways over the past decade or so, as have many other Scout associations and we have quite a bot of catching up to do!

Any thinking person should realize that the turmoil in the BSA, while newsworthy, is not widespread or endemic. The vast majority of Scouting here is over it already and have moved on.

Well I hope that makes things a little clearer and a big thank you to Clarke for taking time out to answer my questions.

Do you have a burning question about something scouting why not use the contact page and let me know and I will try to answer it for you or dig up someone who can.