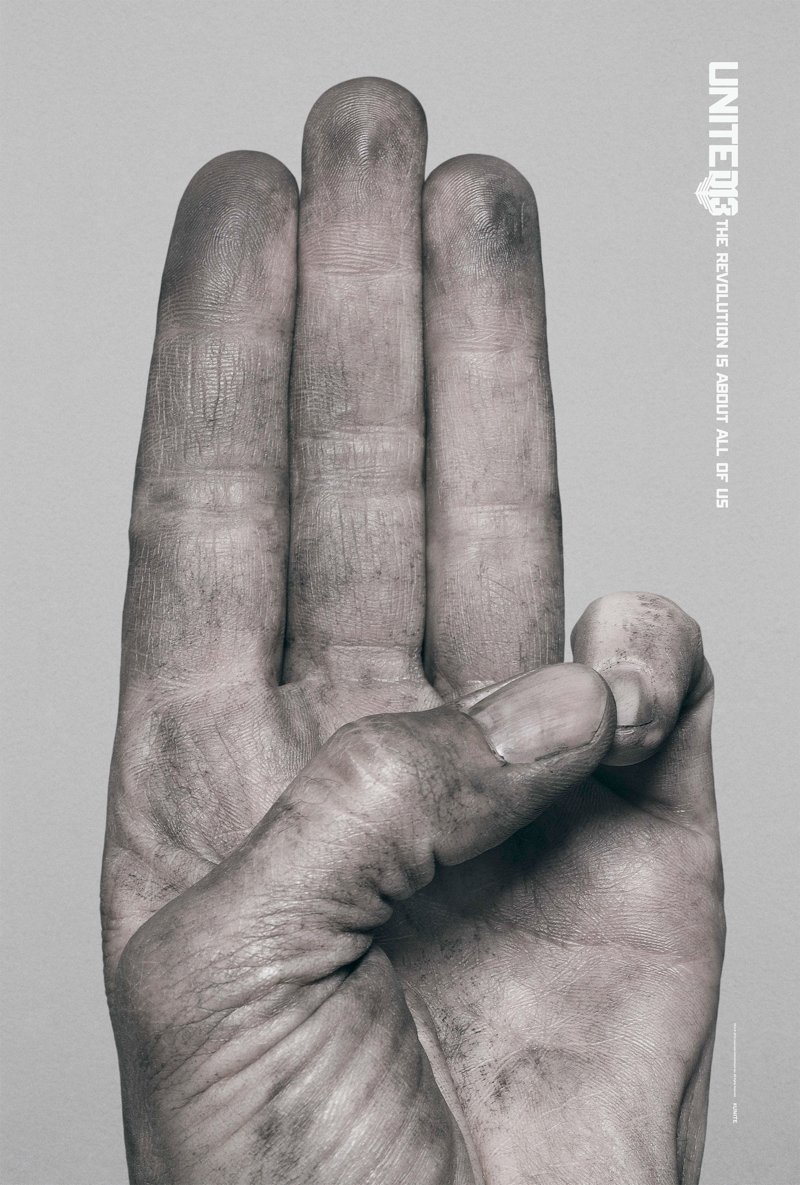 So if you are scout you will have as some point in your life made the “scout sign” a three finger half salute held at shoulder level.

You I would hope know the background of why we make that sign.

In his book, Scouting for Boys, Robert Baden-Powell chose the three-finger salute for Scouts to represent the three aspects of the Scout Promise:

You may have read or seen the Hunger Games Trilogy and in that Katniss uses a three finger sign.

This poster has appeared on billboards all over the USA for the The Hunger Games: Mockingjay, Part 2,

So what I love is that this has got Scout Masters up and down the USA all in a flap.

There is a whole Facebook feed of complaints about it the BSA have even had to write an article explaining why there is no infringement and have issued a statement.

the BSA’s licensing and contracts attorney, Burgin Hardin, for his take.

“Understandably, there may be some people who view it as a nod to Scouting, but that doesn’t necessarily mean the film has crossed the line in terms of infringing on our rights,” Hardin says. “If movie-goers were led to believe the film was sponsored by or somehow affiliated with BSA, that would cross the line.”

from Bryan on Scouting

In case you were wondering …

Posted by Boy Scouts of America on Friday, 20 November 2015

So what are your thoughts let me know in the comments.