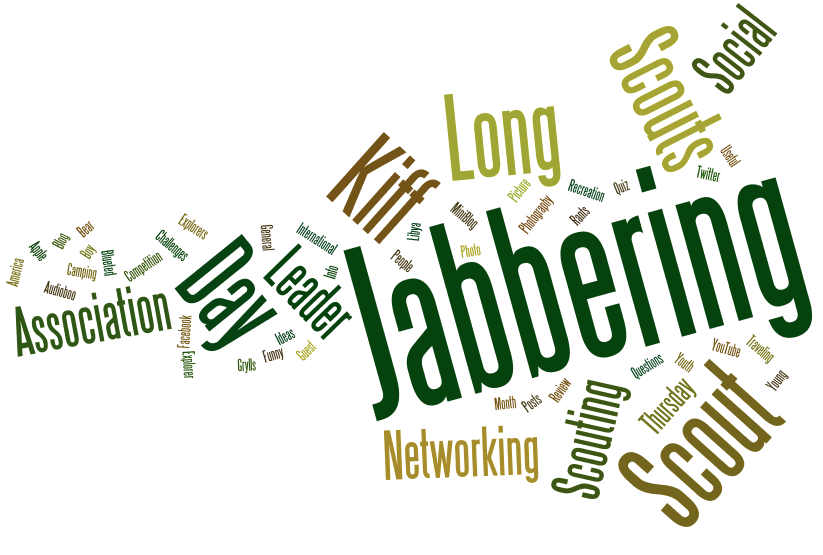 To old for Scouting was a debate or part there of I recently witnessed on twitter by some Canadian scouts. At the heart of the debate was the drive for more engagement and leadership for young people in scouting.

A good thing you would think, it was post the impACT 2012 conference in Canada if you don’t know what this it check out Dylan’s Post on ScoutsBuzz

I am not sure if this to old for scouting is a new debate in Canada, maybe someone from over there will respond and tell me, however in the UK over the last couple of years and now with the update in the fundamentals of Scouting there has been a significant push to see greater youth engagement and leadership within scouting. Thus the debate about people being to old for scouting comes up.

The point that was made in the twitter debate I saw was that with such a focus on youth leadership and engagement sometimes those people who are outside of the visualised age demographic can feel left behind.

The common points that are made by those who feel to old for scouting are, young people need to have some support or what is the point of having leaders and there are somethings you just need to be taught. There is always that immediate jump back from young people saying that adults do see the views of young people and we want to lead ourselves etc etc.

It is one of those debates that will circle and circle for ever. Those young people who were adamant about their views will turn 25 and find themselves no longer a “young person” and join the camp defending those who believe they are labeled to old for scouting and so the circle goes round again.

I do have some sympathy of the person who was commenting that the old wrinklies were being bumped out of scouting. I am only thirty six and I must admit that sometimes I feel in the eyes of scouting I am to old.

Sometimes it is almost like if you’re not young bouncy and on an adventure every minute then there is no place for you in scouting.

I would like to think I have a few more good scouting years in me yet maybe not, although I am amazing at space-hopper races.

I think the problem is that sometimes in scouting we confuse physical age with a youthful outlook. I have met some great leaders who are in this wrinklies bracket, who are able to get their message over to all ages of the scouting movement and I have met some who are only going to struggle above a cub age.

There is nothing wrong with having experience but you need to be able to share your message in a way that engages those young people your sharing it with.